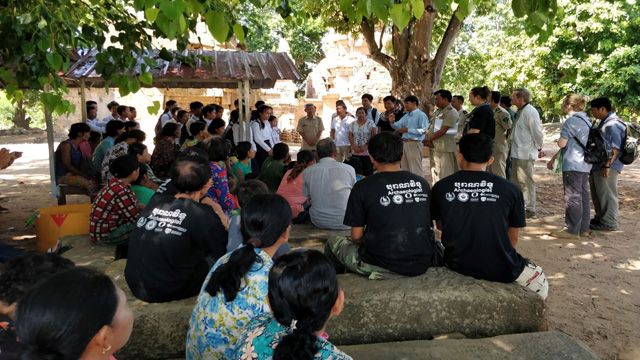 Wenner-Gren’s Webinar Series on the Future of Anthropology: Indigenous Peoples, Heritage and Landscape in the Asia Pacific: Knowledge Co-Production, Policy Change, and Empowerment

For more information about this series, visit https://dal.ucla.edu/engagedresearch/.


Teodoro “Teddy” B. Baguilat, Jr. is a journalist, development worker and politician. He served as mayor, provincial governor and congressman of Ifugao. He was president of the Save the Ifugao Terraces Movement (SITMo) during which a number of relevant programs and projects on indigenous knowledge management and eco-tourism were succesfully implemented. He is the Interim Executive Director of ASEAN Parliamentarians for Human Rights, Vice President and Chair of Organizing and Membership Commission of the Liberal Party, and President of Global Indigenous and Local Communities and Conserved Areas (ICCA), a confederation of indigenous groups all over the world.

Claire is currently a co-director of the Aotearoa New Zealand Centre for Indigenous Peoples and the Law. Claire was awarded a Royal Society Rutherford Discovery Fellowship in 2017.

Dr. Awi Mona (Chih-Wei Tsai) is the first indigenous person in Taiwan to obtain a PhD in law. His research is primarily in the areas of indigenous law, Aboriginal title law, and cultural and education law. Over the past decade, since his return from Seattle, he has continually collaborated on indigenous rights movements with the local communities in Taiwan and has provided legal and policy advice on many indigenous laws and related problems. Awi is a member of the Seediq Nation.

Kathleen Tantuico is a lawyer whose interests and expertise focus on Philippine heritage laws. She received her law degree from the University of the Philippines-Diliman. Kathleen also holds a diploma in Archaeology from the Archaeological Studies Program, University of the Philippines. She’s a trained field archaeologist who combines her knowledge of the discipline with heritage statutes domestically and internationally. This past July, she published the academic article “The 2020 Re-Excavation of Callao Cave, Northeastern Luzon, the Philippines” in the SPAFA Journal. Kathleen is currently a project assistant at Nayong Pilipino Research Institute and a member of the National Committee on Monument and Sites under the National Commission for Culture and the Arts. She is also a consultant for the Republic of the Philippines Congress, House of Representatives at the Office of Honorable Representative Peter Durano-Calderon, 7th District, Cebu City.

Guy C. Charlton has a broad range of legal experience. He is currently an Associate Professor in Law at the University of New England located in Armidale, New South Wales, Australia where he assisted in the establishment of the UNE First People First Peoples Rights and Law Centre. He has lectured law in New Zealand, Hong Kong and Taiwan and published law articles in 5 different jurisdictions. He was awarded his PhD thesis at the University of Auckland Faculty of Law for a thesis entitled “Constitutional Conflicts and Aboriginal Rights: Hunting, Fishing, Gathering Rights in Canada, New Zealand and the United States.” This thesis argues that the present approach courts have taken toward the determination of the source, content and scope of usufructuary rights has been affected by historical and contemporary disputes concerning the nature and understanding of sovereignty, the nature and level of governmental authority and different philosophical approaches to political organization and individual rights. Guy has his J.D. from the University of Wisconsin and an MA in International Relations from the University of Toronto.