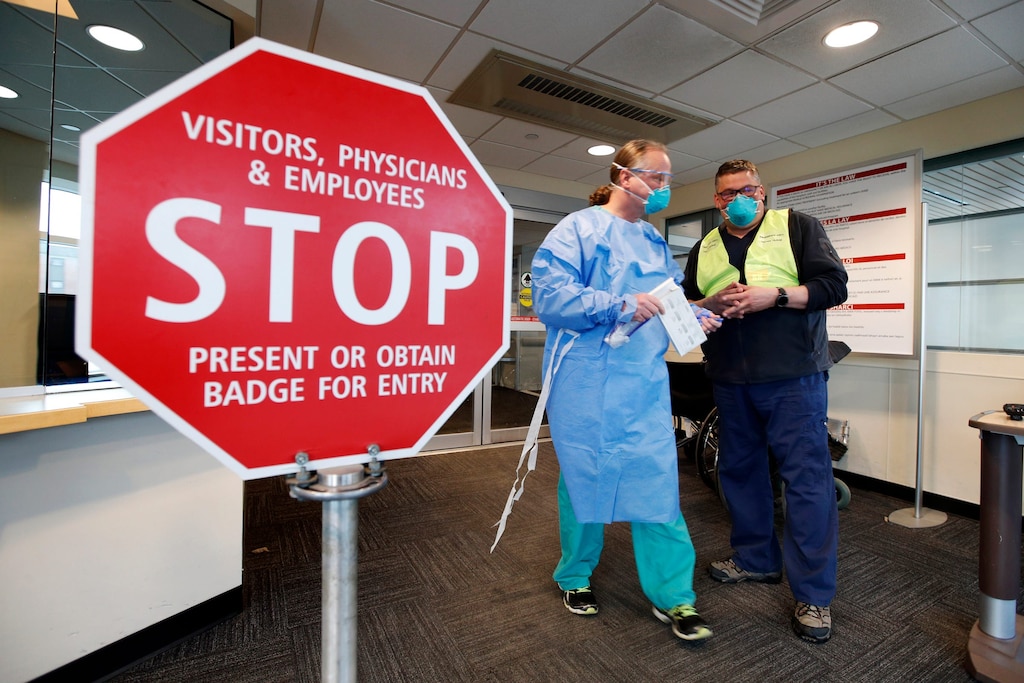 President Donald Trump announced Wednesday the US would invoke a 1950s-era law that would allow the government to ramp up the production of gear to combat the spread of the novel coronavirus.

“It can do a lot of good things if we need it,” the president said at a news briefing on the respiratory illness COVID-19.

The move marked the latest escalation in efforts by the Trump administration to contain the illness, which has killed more than 100 in the US and sickened thousands more. The pandemic has caused a sharp surge in purchases of protective masks and clothing, though the surgeon general has warned they were generally ineffective for the public.

Despite calls to preserve such gear for healthcare workers and those who were already sick, shortages have emerged at hospitals across the nation. The use of the Defense Production Act gives the president broad authority over industrial output in the name of national security, allowing coordination with private businesses to increase the domestic availability of such products.

Read more: ‘Refinance your mortgage, and take the money, and buy some stocks’: An investment chief overseeing $7 billion says he’s all in on equities amid the mass coronavirus sell-off — and shares 5 stocks he just bought

The law, which was passed in response to the Korean War, authorizes the president to take actions to “force private industry to give priority to defense and homeland security contracts and to allocate the resources needed,” according to the Congressional Research Service.

It could be implemented through company contract requirements and various financial measures including loans and purchase commitments. Honeywell International, one of the largest producers of face masks, said in February it has experienced a surge in demand for protective gear and that it was open to coordination with the US government.

“We are increasing production at multiple facilities globally to address the growing demand,” a spokesperson said in a statement to Business Insider. “We are ready and willing to partner with the US government to support national response efforts.”

HHS Secretary Alex Azar told Congress last month the nation may need 300 million N95 masks, used by health workers with direct exposure to airborne infections. The government currently has about 30 million of the respirators in an emergency stockpile, he said.