A coalition of NGOs is calling on the European Union to protect civil society watchdogs from abusive private legal action designed to frustrate and obstruct their pursuit of public interests. 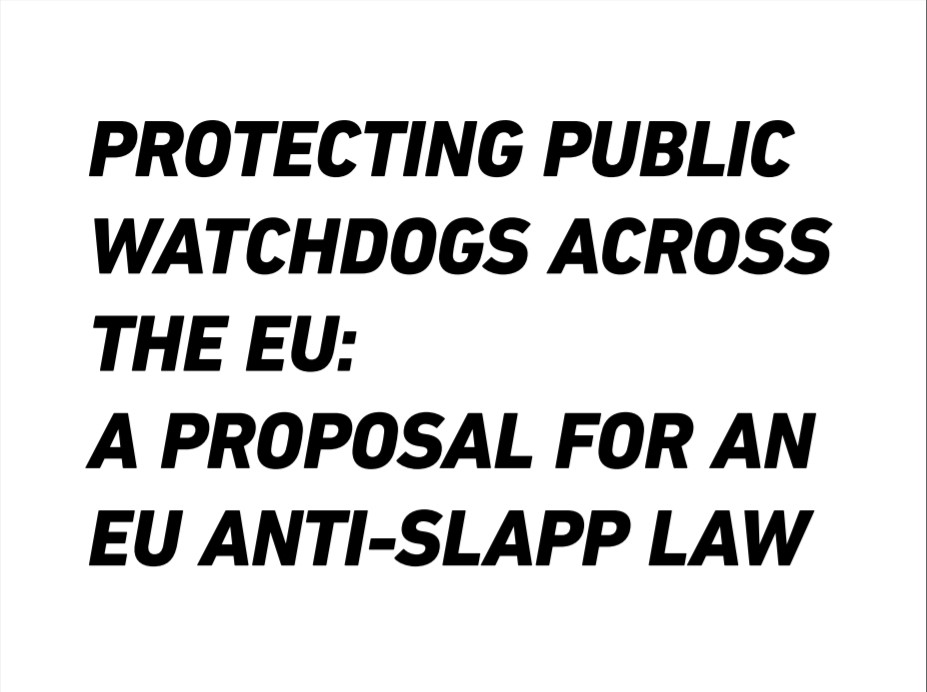 NGOs are calling on the EU to take action against SLAPPs.The group has drawn up a draft proposal for a law that, if implemented by member states, would safeguard “journalists, rights defenders, activists and whistleblowers” from Strategic Lawsuits Against Public Participation, or SLAPPs.

Published on Tuesday, more than 60 organisations including OCCRP, Transparency International and The Guardian newspaper have signed the document.

SLAPPs, as explained in the paper, are “pursued by law firms on behalf of powerful individuals and organisations who seek to avoid public scrutiny.”

“Their aim is to drain the target’s financial and psychological resources and chill critical voices to the detriment of public participation,” it adds.

Anti-SLAPP statutes already exist in several countries across the world. But not a single member of European Union has yet enacted protections for public watchdogs from this manner of legal abuse, despite its increasing prevalence across the Bloc.

While an “insufficient awareness among EU and national policymakers” may have frustrated attempts to establish “a comprehensive mapping of SLAPP suits” within the region, their effects have nevertheless been severely felt by those they have targeted.

One of OCCRP’s founders, Paul Radu, was himself the subject of a costly, two-year long legal suit brought against him in London by the Azerbaijan businessman and member of parliament Javanshir Feziyev.

Our investigative project on The Azerbaijani Laundromat had exposed a vast money laundering and financial fraud operation, which used a highly complex network of shell companies to shift many billions of illicit dollars out from under the nose of authorities across the world.

At the time of her murder in 2017, Matlese journalist Daphne Caruana Galizia was facing no less than 47 civil and criminal defamation lawsuits, pursued by multiple law firms representing those whose business interests she had investigated and exposed in the course of her career.

Other notable cases include a criminal complaint against the EUObserver and a one million euro lawsuit against two Newsweek Poland journalists, as well as a slew of 39 defamation actions targeting reporters working for a small Slovenian investigative news site.

Nor is it only journalists who have felt the pressure of these campaigns. Activist organisations and other rights defenders have also fallen foul of wealthy and influential figures who would prefer their dealings to remain shielded from public scrutiny.

Spanish environmental activist Manuel Garcia was targeted after exposing one of the country’s largest meat producer’s illegal waste-disposal practices, while NGO Sherpa was sued after denouncing alleged human rights violations committed by the Qatari subsidiary of a French construction company, according to a report by Greenpeace.

Remember This About – Birth Injury Lawyers