The following is a guest post by Clare Feikert-Ahalt, foreign law specialist for the United Kingdom at the Law Library of Congress. This is the first post in a two-part series.

Voting rights were greatly extended to all people, both men and women, across Great Britain in the 19th and early 20th century. In 1832, the Representation of the People Act, commonly referred to as the Great Reform Act, was passed. This act reformed the distribution of parliamentary seats, provided for a system of voter registration, and extended the vote to more men, notably shop keepers, small land owners and tenant farmers, increasing the number of eligible male voters from 509,000 to 721,000. 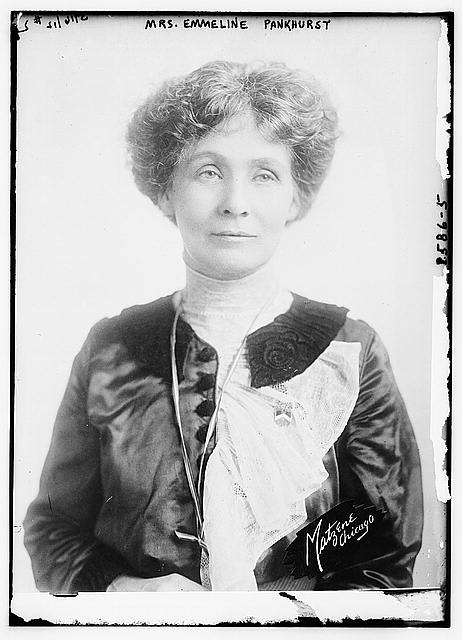 The Great Reform Act specifically excluded women from voting by defining voters as “male persons”, and the first petition on women’s suffrage also occurred in 1832. It took another 35 years for the first serious debate on women’s suffrage to occur in Parliament. In 1867, amid concerns that the Interpretation Act 1850 could be used to mean the term “man” applied to women, an amendment to replace the word “man” with “person” in the Representation of the People Act 1867 was debated, but later defeated, with 196 votes against and 73 votes for the amendment. In 1867 and 1884, further Reform Acts were enacted, which extended the vote to cover 60% of men but, despite the efforts for women’s suffrage, did not include women. Many petitions to provide for women’s suffrage were introduced on an almost annual basis in Parliament from 1870 onwards.

In 1868, the Court of Common Pleas heard the case of Chorlton v Lings where, as was feared by some MPs, it was argued that the Interpretation Act 1850 provided the term “man” in the Representation of the People Act 1867 “shall be deemed and taken to include females … unless the contrary is expressly provided” and meant that women who otherwise met the eligibility requirements could vote. The court held that women were subject to a legal incapacity from voting at general elections and that the term “man” in the Representation of People Act was not to be interpreted to include women.

Supporters of women’s suffrage in England were first recorded as forming groups in 1866 with the Women’s Suffrage Committee. This was followed by a number of other suffrage groups forming over the next fifty years. In 1889, the Women’s Franchise League was formed with the aim of securing voting rights for single, married, and widowed women. The National Union of Women’s Suffrage Societies, led by Millicent Fawcett, was a non-militant group founded in 1897 as an umbrella organization for regional societies that covered women’s suffrage. This group has been described as “instrumental in building up the legal and constitutional support for the enfranchisement of women.” It was not just women who organized to secure their rights to vote. A number of men were also involved in the cause of women’s suffrage. The Men’s League for Women’s Suffrage was formed in 1909, although its activities were effectively stopped at the outbreak of World War I, when conscription removed large numbers of its members.

The suffrage campaigns started out using peaceful means of campaign to raise attention to, and support for, their cause but, after decades of disappointment over the government’s failure to progress bills through Parliament, the early 1900s saw a marked increase in the number of protests, and in 1905 some suffrage organizations turned to militant activities. At this point, two terms started to be used for women who fought for the vote. Suffragettes was used for suffrage supporters who used militant actions, and suffragists was used for supporters who were non-militant campaigners, although the government frequently used the terms interchangeably.

“Frustration continued in the movement at the lack of progress by government on conciliation bills. In retaliation, suffragettes waged unprecedented arson campaigns on both public and private property” to try and secure the vote for women. One of the more militant and well known branches of the suffragette movement was the Women’s Social and Political Union (WSPU), formed by Emmaline and Christabel Pankhurst in Manchester in 1903. The WSPU later moved to London in 1906 in order to lobby Parliament more effectively. It became a prominent militant branch of the suffragettes, with the motto “deeds, not words.” Its actions led to intense police surveillance and investigations and resulted in a significant amount of documentation and evidence of their activities, which included demonstrations, property damage, arson, tax evasion, and the disruption of transportation.

In 1905, Christabel Pankhurst was the first suffragette recorded as being imprisoned for suffrage activities. The Mud March, the first large procession organized by the National Union of Women’s Suffrage Societies, occurred in 1907. In October 1908, the suffragettes encouraged the public to invade the House of Commons and 60,000 people gathered for a “rush on Parliament,” but the police managed to maintain the cordon around Parliament, using what some described as brutal methods, and kept the public out. Later that month, the suffragette banner was unfurled from the Ladies’ Gallery in the Houses of Parliament, and suffragettes chained themselves to a heavy metal grill that divided women from the Commons Chamber below. July 1909 saw the first hunger strike that led to forced feeding of imprisoned suffragettes. These hunger strikes were to continue until 1913 when, due to widespread use of hunger strikes among suffragette prisoners and public outcry to the forced feeding of these prisoners, the government enacted the Prisoners’ Temporary Discharge for Ill-health Act. The act, which was frequently referred to as the “Cat and Mouse Act,” provided for the release of prisoners who were on a hunger strike until they had regained their health, at which point they would be arrested and imprisoned again to continue their sentences.

In 1911, many suffragettes boycotted the census in protest, stating that if they did not count to have the vote, then they would not be counted on the census. One census in London reported that approximately 500 women and 70 men were present at the Aldwych Skating Rink to avoid participating in the census. Others spoiled the census forms. Louisa Burnham spoiled hers by writing “If I am intelligent enough to fill in this Census Form I can surely make a [sic] X on a Ballot Paper” across half of the paper.

Black Friday demonstrations outside of Parliament occurred in November 1910, after a general election was called and a Conciliation Bill, which would have provided limited voting rights for women, was dropped. The demonstration involved over 300 suffragettes marching to Parliament Square, where police had preemptively cordoned off the area. The demonstration resulted in violence and the arrest of 115 women and four men.

During the 1910 general election, suffragettes encouraged attendance of its members at polling booths to protest the exclusion of women and claim that the elections were invalid as qualified people were restrained from voting. In March 1912, after frustration over the lack of impact of protests and demonstrations on the development of legislation, the WSPU increased their militant activities and engaged in an organized campaign of smashing windows across London’s West End, leading to 220 arrests. In June 1913, one of the most famous acts of the suffragette movement occurred when Emily Davidson ran out in front of the King’s horse at the Epsom Derby and was killed. There has since been some doubt and questions raised as to whether this was an intentional act to further the women’s suffrage cause, a suicide attempt, or a tragic mistake in timing of crossing the track.

The second part of “The Women’s Movement to Gain the Parliamentary Vote” will be published tomorrow on In Custodia Legis.