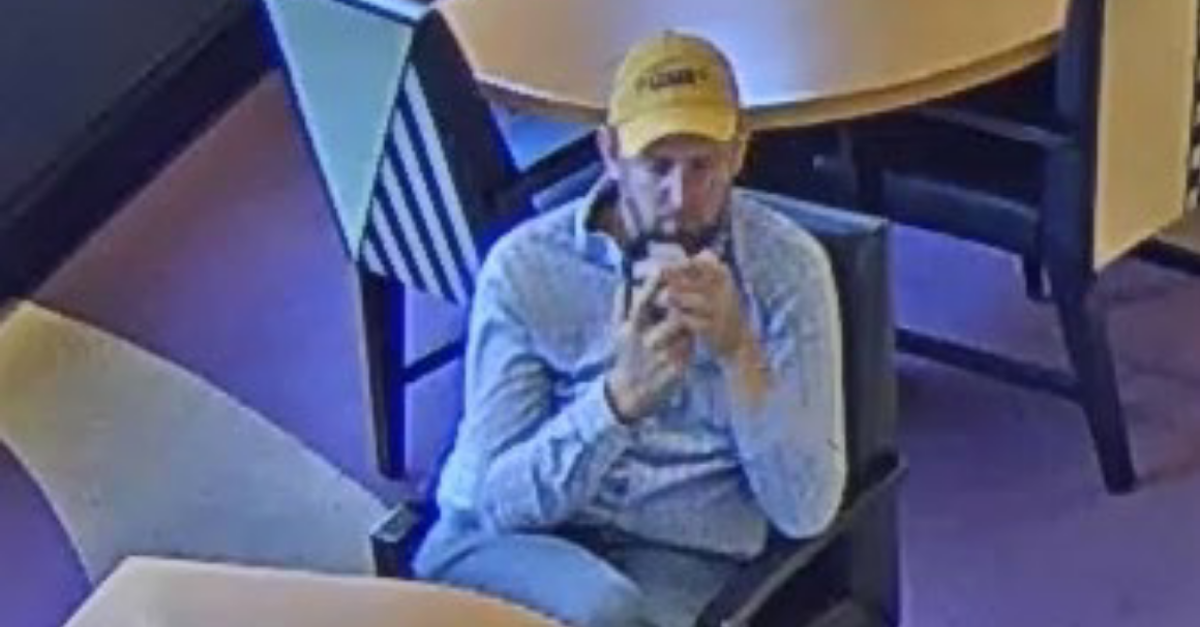 Surveillance footage from an unidentified bank in the criminal complaint against ex-White House adviser Seth Andrew, charged with stealing hundreds of thousands of dollars from his charter schools.

Former White House adviser Seth Andrew received a sentence of one year and a day in prison on Thursday, after pleading guilty earlier this year to scheming to steal $218,005 from a charter school that he founded.

Before his time in the federal government, Andrew helped create the Harlem-based charter school network Democracy Prep in 2005. He had severed his ties with the network and ended his government tenure by 2017.

Prosecutors said that his conspiracy lasted between March 2019 to May 2020.

Despite the fact that Andrew no longer had any affiliations with the network he founded at that time, prosecutors say, he falsely told a bank employee that he was a “Key Executive with Control” there to open a fake account and depositing $71,881.23.

The bank’s surveillance footage showed him wearing a yellow hat described in his criminal complaint as his “calling card.”

“Seth Andrew was sentenced today for stealing from those who once trusted him,” Manhattan U.S. Attorney Damian Williams said in a statement. “Andrew committed this crime to attempt to punish non-profit charter schools because they declined his offer to return as their leader. Thankfully, the victim of Andrew’s crime was resilient, and its important work continues. Today’s sentence sends a message that those who engage in fraud schemes and steal from others will face appropriate consequences for their conduct.”

On Jan. 14, 2022, Andrew pleaded guilty to one count of wire fraud, and prosecutors called for him to receive a sentence at the lower end of the sentencing guidelines, calculated between 21 and 27 months.

Ultimately, U.S. District Judge John Cronan, a Donald Trump appointee, sentenced him below that range, but higher than the non-incarceration sentence requested by Andrew’s legal team.

Prosecutors argued that allowing him to avoid prison would be “unjust.”

“There should be no mistake that Andrew stole this money to further his own interests,” Assistant U.S. Attorney Ryan B. Finkel wrote in a sentencing memo. “Indeed, he committed this brazen and shameless act to exact revenge on DPPS simply because they declined his request to return as their leader. Once the stolen funds were under his control, over several months, Andrew executed a series of financial transactions to cleanse the funds of their association with DPPS and deposited the money into his fledgling non-profit Democracy Builders. DPPS has correctly described Andrew’s crime as a ‘profound betrayal’ of its mission to educate ‘responsible and caring citizens.””

“His inability, even after pleading guilty, to take full responsibility for his actions and his attempt to shift blame onto his victim are behaviors and excuses he would not have accepted from even our very youngest scholar,” the school wrote in an unsigned statement to the judge.

Andrew’s defense memo blamed his actions in part on disagreements with the network he founded, not “greed.”

“One issue Seth highlighted was related to what he perceived as fundamental financial mismanagement at the organization,” the memo states. “This included the fact that the escrow funds at issue were held in non-interest-bearing accounts and had been dormant for years. Seth’s proposals were not accepted. Increasingly frustrated by the unwillingness of Democracy Prep’s board or new leadership to accept his proposals more generally, and motivated in large part by a desire to prove that he was right about these funds and financial practices, Seth made a terrible decision, for which he fully accepts sole responsibility.”

Andrew’s spokesperson delved into greater detail in a statement.

“Seth transferred dissolution escrow funds that he had been told were in danger of being lost due to their dormant status,” the spokesperson said. “He moved these funds to another non-profit, a fact Seth never disputed. But Seth never received a mortgage benefit from these funds and never transferred them into any personal account. As was discussed in Court, this case is unprecedented. Seth did not spend any of these funds for personal gain.”

The spokesperson emphasized Andrew’s life before his precipitous fall.

“As the judge rightly pointed out, Seth has lived a remarkable life dedicated to civic education and serving those most disadvantaged in society,” the spokesperson said. “The judge also reviewed the case and transcripts and appreciated that Seth has taken full accountability for making these transfers, even though there was never a motive of greed or any financial benefit to him personally. ”

Update—July 29 at 12:34 p.m.: This story has been updated to include a statement by Andrew’s spokesperson.