Skip to content
BALLINVELLA
Canon Power tells us that BALLINVELLA is Baile an Bhile “Big Tree Homestead.”
Ballinvella has an area of:
• 1,003,910 m² / 100.39 hectares / 1.0039 km²
• 0.39 square miles
• 248.07 acres / 248 acres, 0 roods, 11 perches
Ballinvella borders the following other townlands:
• Ballyloughbeg (Gaultier) to the north
• Ballynamoyntragh (Gaultier) to the east
• Ballyshoneen (Gaultier) to the west
• Kilmacleague East (Gaultier) to the west
• Orchardstown (Gaultier) to the north
In the 1901 census there were 12 inhabitants making up two families (Kehoe and Gough). Three inhabitants stated that they could not read.
In the 1911 census there were 16 inhabitants making up three households (Whittle, Fowler and Whittle)
In the 1821 Census Matthew Butler tells us that Thomas White aged 44 was a farmer and had one son James aged 6 and three daughters Anne, Ellen and Mary. There were six houses and fifty five inhabitants in this townland. He also states that there was no mention of the windmill (see Photo).
In Griffith’s Valuation 1847 to 1864 we are informed of five holdings in Ballinvella. The occupiers and their Landlords of the holdings were:
Tenant – John Hennessy Landlord – John Burroughs
Tenant – James White Landlord – John Burroughs
Tenant – Ellen Murphy Landlord – Charles Byrne
Tenant – John Whelan Landlord – Charles Byrne
Tenant – John Power Landlord- Charles Byrne
The James White in Griffith’s Valuation is the 6 year old son of Thomas White of the 1821 census. 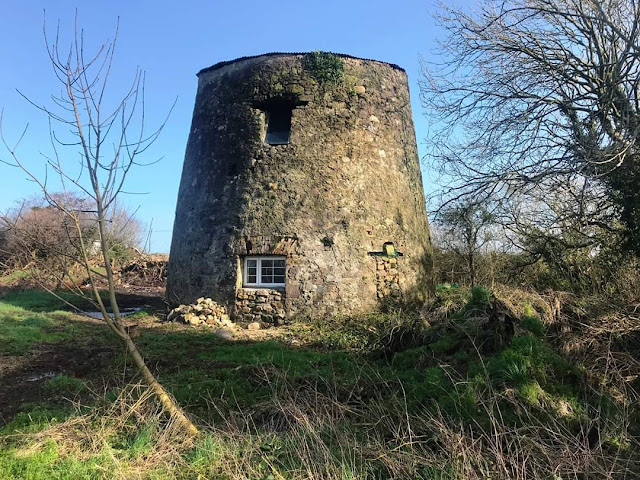 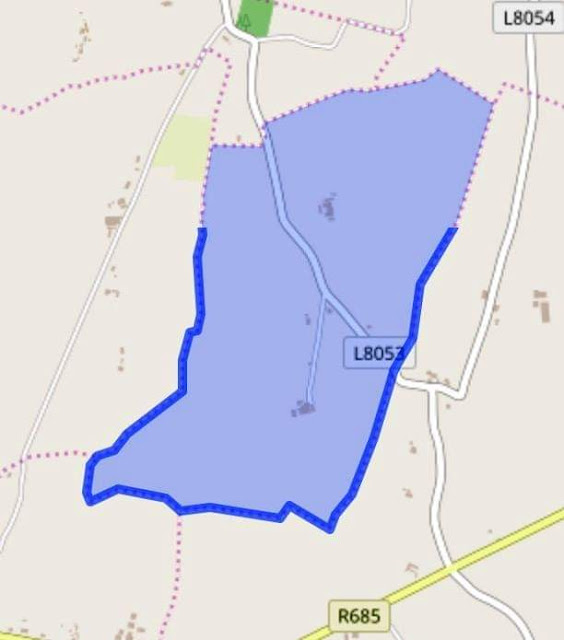